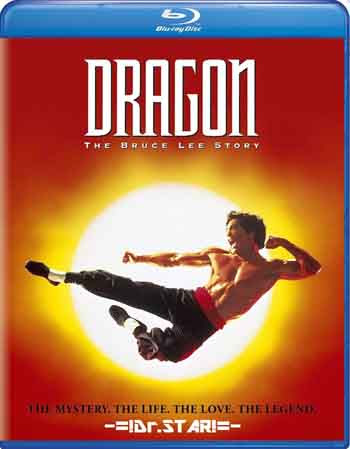 Story… A fictionalized account of the life of the martial arts superstar. Once you became a Bruce Lee addict and begin seeing and reading the numerous different biographies and biopics, you’re going to realise that DRAGON has quite a bit of fiction in it – and in the bits you don’t really expect it to. For example, Lee approached Raymond Chow’s Golden Harvest production company to make a marital arts movie, not the other way round and Chow isn’t even the guy! Also, due to Lee’s ‘mysterious’ death, the film also doesn’t really an idea of how its going to wrap it all up. Therefore, the film is the perfect example of the word ‘vivid’.

However, what makes Dragon the fine film that it is is that it decides to look at the two lesser-known aspects which dominated Lee’s life – his long, ongoing ‘battles’ with an inner-demon and of course the racism of sixties America. These are managed and brought to the screen extremely well although to be fair they aren’t particularly well developed.