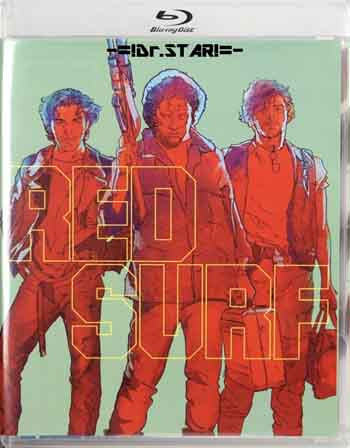 Story… A surfer enjoys life with drug money together with his gang in 1980s California. His girlfriend is pregnant and will not be in a house with drugs and guns and is going to Portland OR. Can he quit the drugs, the gang and that last big deal?

If you’re out for criminals and surfer with great surfing scenes, then this is the wrong movie for you. Then better watch Point Break, which was actually made a year later and had a much more modern and tougher look. With “Red Surf”, I thought, oh well, give it a try: George Clooney in one of his very early roles, but some of his mannerisms can already be seen, (and the DVD cover is deceiving by picturing today’s George) plus his acting abilities especially in carrying a film, too. He even looks gorgeous in shabby jeans and a leather jacket.

I liked some of the photography, the music score was quite good as well. The story hang a bit in the air, a bit lose, so to speak. Some unnecessary violence. The whole film seemed a bit undecided, too many bits of different genres: a typical 80s movie with party, drugs and rock’n roll, but not tough enough, and a bit of “adulthood” thrown in. Also worth mentioning is Desperate Housewives’ Doug Savant, who brings to his role some depth. And, quite cool, Gene Simmons who adds a little class to this movie.